Home » Guys with iPhone » It's Okay For Men to Selfie

It's Okay For Men to Selfie 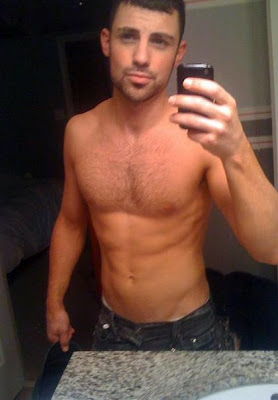 "Selfie" is the Oxford Dictionaries' word of the year.

Cue the concern: Does this reflect our "increasingly narcissistic and insular" lives? Does the word capture a world that has become "technologically forward" and "self-obsessed"? And what does it say about, well, you? You'd be forgiven for thinking you should just stay out of it. So far conversation about selfies, defined as "a photograph that one has taken of oneself, typically one taken with a smartphone or webcam and uploaded to a social media website," has mostly concerned women and teens. In response to a Slate piece that declared the selfie a "tiny pulse of girl pride," the women's blog Jezebel shot back with a post arguing that, on the contrary, "selfies aren't expressions of pride, but rather calls for affirmation." Writer Erin Gloria Ryan: "Selfies don't typically contain job offer letters, successful grant applications, their face in front of a gorgeously rendered still life the woman drew by hand. They're literally just pictures of a woman's face not talking." Ryan and much of the media say that selfies are for women only. If mentioned at all, men are expressly forbidden from the practice: "Selfies are for teenage girls; no guy past the age of 23 should be caught taking one," writes Stephen Doig in the UK's Telegraph.
But I see selfies of men all the time. Of the 58 million photos tagged #selfie on Instagram, perhaps only one in 10 are obviously men, but that's still almost six million. This model Mariano de Vaio is great at it. Rick Ross isn't above the odd selfie. James Franco basically is a selfie. Add another few thousand for #dudeselfie, #manselfie, etc. and you've got quite a body of evidence. Hell, the word "selfie" was coined by an Australian man.
For "millenials" like me who grew up crafting online personae since the days of middle-school intranets, who took to a website called literally Facebook not long after it started, the selfie is taken for granted. (In fact, I make part of my living combing through selfies for this site.) It's not (just) about narcissism, and — like narcissism itself, derived from the name of a beautiful male Greek hunter — it's not just for women. I don't see a gender divide when I look at my own social media. A male friend posted several selfies from the woods of British Columbia when he was a tree-planter. Another friend, who works for Microsoft, has an entire album dedicated to pictures of himself (and sometimes his wife) on commercial air flights. There are 62 photos in the album from this year alone.
That might be overkill, but lost in all this hand-wringing, I think, is a pretty simple idea: Your friends like to see your face. We're busy, far-flung people now. How many of your friends do you see every day, or even every week? When a selfie pops up on my screen, I see someone I know, with a small update (he's eating lunch in the sun, he's looking well). It's a communal and intimate moment at the same time: just me and you and everyone we know. Your deluge of photos on Sunday morning from a bar the night before, your blurry concert photos (there's a photo I'd like to ban outright), your food — I don't care about any of those things. I care about you. The selfie might be narcissistic, but it's also useful. Ezra Koenig of Vampire Weekend ably defended the selfie last month when he told Rolling Stone: "When I'm on Instagram and I see that somebody took a picture of themselves, I'm like, 'Thank you.'"
Selfies have also become a fairly important part of dating for my social circle. These are the selfies meant for just one person (and not just the nude kind; for that, see: sexy selfie, sext). They might be sent as e-mails or texts to just one person, or posted on a personals site in hopes of meeting someone. Men are doing it. I know, because I've received them. So many times, nowadays, my girlfriends introduce their new crush, boyfriend, or late-night partner with a flash of a phone's screen, showing nothing more than a cheeky-looking man smiling at the reflection of his face and phone in a bathroom mirror. It's been the lifeblood of many long-distance relationships (at one time, my own, too), but it's always a nice way to pop up in a woman's day unannounced — without the creepy stalking. I promise you, it is most often received with an "aw" of affection. These kinds of selfies are not so different in substance from the stack of wallet-sized photos of young men I once found in my grandmother's house in some dusty box; when pressed, she explained to me that they were a courting custom of well-to-do Poles pre-WWII. She had quite the stack of them.
If you're worried about being judged by how you look, don't bother. Everyone is already always judging you. Selfies don't change that any more than mirrors. There are some tips to follow, however. Try these from the photographers at National Geographic. And, of course, don't go overboard. The line between connected and contrived online has turned out to be thin. In this matter, Oxford Dictionaries does offer some advice, by way of the example sentence included in its definition of "selfie": "Occasional selfies are acceptable, but posting a new picture of yourself every day isn't necessary." Amen.
We are biologically wired to love faces. Esquire celebrated its 80th anniversary with a collection of portraits of the American man. If you look at your social media, you'll find it's the pictures with people in them that get the most attention. If many more portraits have become self-portraits, that's thanks to the evolution in technology that has also kept us staring at different digital screens alone for more and more of our day. Now there's a problem, but let's not kill off the part that keeps us more in touch with humans, too.
Labels: Guys with iPhone
Newer Post Older Post Home