LJ McKanas – Meet sexy LJ McKanas (Whatch Survivor and you will see that his butt 's the star of the premiere <333333). I usually have one random male favourite each season and it looks like this season, it's gonna be LJ. He seems smart and he's definitely the hottest guy on the beauty tribe. Rooting for him to go far! He is the handsome horse trainer from Boston who is part of the Beauty tribe at this new season of Survivor: Cagayan. In Survivor Cagayan's challange, he's puzzle-dominating intelligent guy < 3! He definitely should be on the Brains tribe. He's smarter than the 3 women of Luzon, combined.. I like him. Definitely one of the better members of the Beauty tribe. I love LJ. Easily my favourite man left. The claims that he's boring don't bother me because his laid-back attitude are part of his appeal to me.
In Survivor Cagayan episode4, The flirting with Trish thing was awesome cuz in one of teh secret scene interviews from ep1, 2 or 3 he says he's disappointed that there's only younger chicks on his tribe because he's also a part time bartendar at waht sounds like a cougar infested bar and he says the older ladies love him and part of it's probably his sex appeal (he sheepishly admitted) and the rest is that he knows how to make a bit older of a gal feel appreciated and special or something like that.

He's 35-year-old LJ McKanas born Leon Joseph McKanas on January 8, 1979 in Saugus, Massachusetts. LJ’s mom Leona, 55, beat up cancer, because of that and so many more reasons LJ think of her as his inspiration in life. LJ graduated in 1997 from Saugus High School, he studied media arts and design at Northeastern University. He’s got the athletic build of a footballer because he was a gridiron MVP in high school and college. 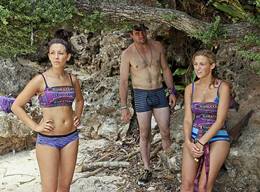 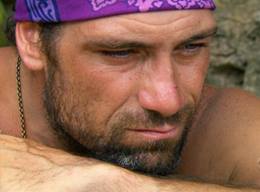 LJ studied at the William Esper Studio in New York, he worked at the Strega Waterfront Lounge in Boston before becoming a horse trainer at Tampa Bay Downs, Inc. Almost every member of LJ’s family are involved in horses, his sister Hilary owns some, so does John and Mrs. McKanas is a trainer. I couldn’t find any source suggesting McKanas is dating anyone at this moment, which means he is single.